Hard copies will also be available on Corvo in 2021, please pre-order by emailing littleoakgroup@btinternet.com 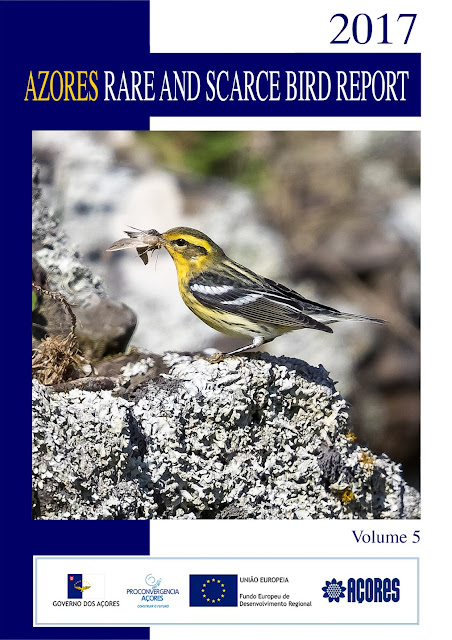 Posted by Peter Alfrey at 09:48 No comments:

The last two birders (Peter Stronach & Bob Swann) left Corvo on Wednesday, thereby bringing this Nearctic vagrant season to a close. Overall, 20 American landbird species and 10 waterbird species were reported between 18 September and 4 November, which is substantially lower than what was reported in 2019 (27 landbird & 8 waterbird species) and 2018 (29 landbird & 13 waterbird species). However, with respect to the available long-term trend (see Fig. 3 in Dutch Birding vol. 40, pp 297-317), autumn 2020 was certainly not a bad one but rather in the average.

As can be seen from the excel-type table presented below, an estimated 37 landbird and 13 waterbird individuals were discovered along the season. Major discoveries in a Western Palearctic context were Taiga Merlin (November 2nd), Bay-breasted Warbler (September 18th and October 22nd) and Eastern Wood Pewee (October 4th).

At first sight, the low discovery rate observed this year may be explained by a lower-than-average birding effort (i.e. max of 17 birders present on the island at the peak of the season) and a lack of multiple interesting weather systems (compared to previous years) as easterlies dominated for long periods during the month of October.

On the human factor, it can be noted that both Vincent Legrand and Pierre-André Crochet were celebrating their 15th autumn on Corvo in a row! Special thanks should also go to all the birders who made it to the Rock this year despite the difficulties associated with travelling during the current pandemic.

We hope to see you all next year back on Corvo for more birding adventures and a few celebration evenings at the new bar and lounge area currently under construction at the Commodoro guesthouse! 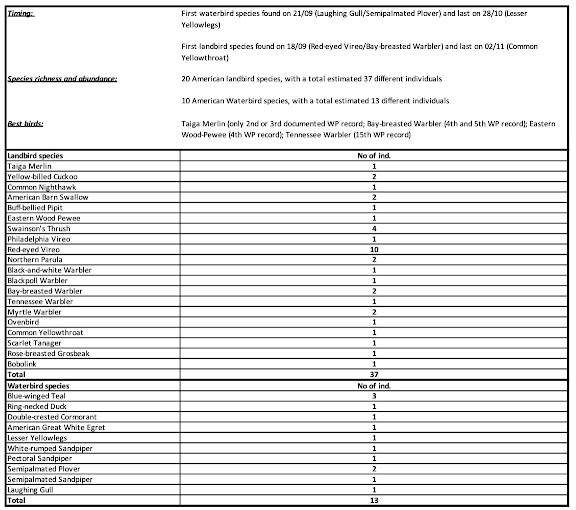 Posted by David Monticelli at 10:57 No comments: