Corvo 2019 got off to a dramatic start with top Corvo rarity finders, Peter Stronach and Bob Swann arriving on the island for a tactical late September trip.  They arrived on Monday 23rd and by the end of the week had found two firsts for the Azores, both American wood warblers; Chestnut-sided and Cape May Warbler. 24 species of American Wood Warbler have now been recorded on Corvo. The only other wood warbler species on the Western Palearctic list (not been recorded on Corvo ) are Cerulean and Palm (via Netfugl) 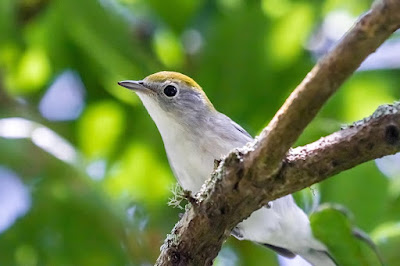 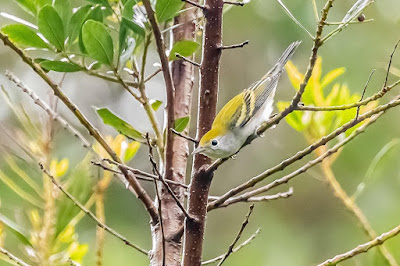 Chestnut-sided Warbler. The second record for Azores and the fifth for the Western Palearctic. (Photo: Peter Stronach) 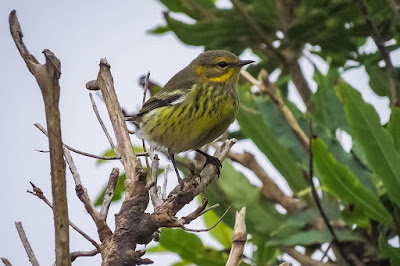 First-winter male Cape May Warbler. The first record for the Azores and the third for the Western Palearctic.  (Photo: Peter Stronach)

The week ahead. Hurricane Lorenzo is set to arrive on the Azores this week before heading towards UK. The weather system is arriving from the south (not necessarily the best direction for american vagrants) but as it moves north it will drag a westerly airflow across the Atlantic to the Azores.

For news from all the Azores islands: Aves dos Acores
Posted by Peter Alfrey at 06:23