A significant arrival of birders on the island today with over 40 birders now present. Despite the high pressure and east winds there were a few other new arrivals (or rather new discoveries) including a Yellow-billed Cuckoo, a Rose-breasted Grosbeak and a Semipalmated Sandpiper.

The Northern Waterthrush was still present at the Pig Farm but was elusive and there were at least four Red-eyed Vireos including three at Fojo. A Glossy Ibis was flying around the Airfield, presumably one of the four birds that have recently been present in the Caldera.

A Sperm Whale was seen in the channel between Corvo and Flores. 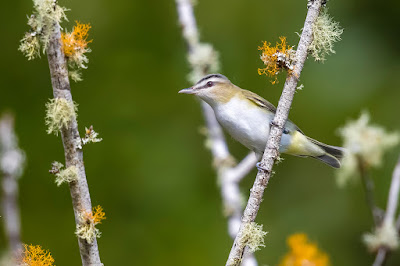