Quiet day on the rock

A relatively quiet day on the rock in unseasonal weather with temperatures around 30 C. Bird of the day from a regional perspective was a Pied Flycatcher- the third record for the Azores. Other new migrants included a Ruff and a Willow Warbler but with westerly winds picking up as the day progressed, hopes are building for a return of migrants coming from the opposite direction.

The Belted Kingfisher was relocated on the neighbouring island of Flores so tomorrow half of the island's birders are off twitching. 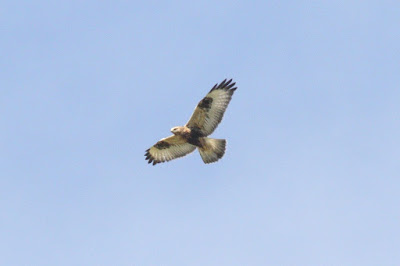