And still they come

Yesterday was a day of little change with the three amigos, ( Bay-breasted Warbler, Swainson's Thrush and the Blackpoll Warbler) still at the Lighthouse Valley , a male Hooded Warbler was still near the whale watching hut, there was a second Blackpoll seen again and Gerby's Ovenbird was seen again on the road near Cancelas. The Yellow-billed Cuckoo in the village was still giving the run around and there was a Red-eyed Vireo near the Hooded Warbler site.

Today an American Robin was found in the Caldera- another new American land bird species for the already record breaking autumn. A Rose-breasted Grosbeak was also found in the Caldera while birders were looking for the Robin.  Other birds included a Black-and-white Warbler at the bottom of da Ponte, the Hooded Warbler was still present, the Upland Sandpiper was at the reservoir, an Indigo Bunting was around and a Blackpoll Warbler was seen near the airport in the evening. 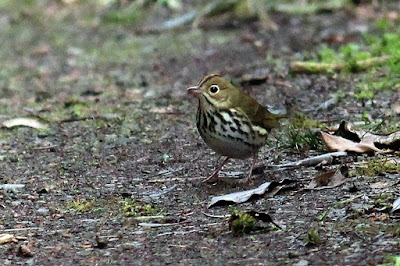 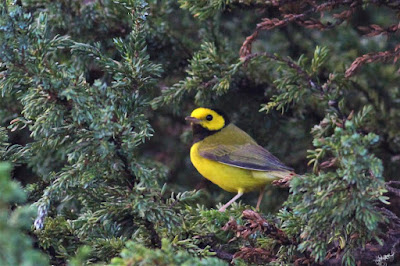