The end of the Purple Patch ?

After a period of almost constant westerlies for the last week or so the winds finally swung round to the dreaded east today. New American birds were still being discovered yesterday and also a few today but there were signs of a game change today with the arrival of European migrants- a Garden Warbler, Willow Warbler, European Stonechat and Barn Swallow. The forecast consists of a high pressure becoming firmly established for the coming week which could mark the end of the recent incredible purple patch? However there is a westerly airflow into the Atlantic to the north of us which could mean birds are still being displaced into the Atlantic and could still find their way to this mid-Atlantic refuge. Time will tell.

Nonetheless the megas were still arriving yesterday with the fifth Lincoln's Sparrow for the Western Palearctic and also new yanks including a Common Yellowthroat and a Myrtle Warbler. Myrtle Warbler is a surprising rarity on Corvo and yesterday's bird was the first since 2012.

The Blue Grosbeak was still present yesterday as were the Wood Thrush, Bay-breasted Warbler, White-throated Sparrow and Philadelphia Vireo.

Today was a quieter affair with the only new american birds being a new Common Yellowthroat and probably a new Northern Parula. The Blue Grosbeak was not seen today. 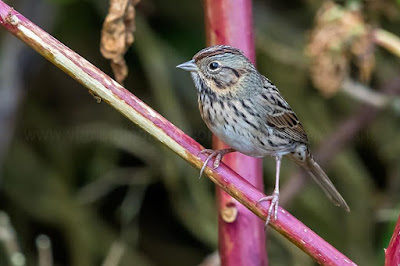 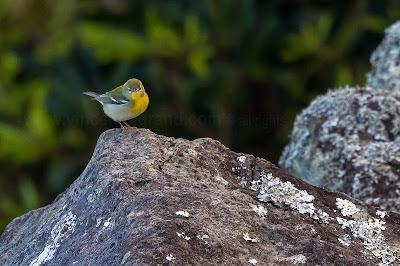 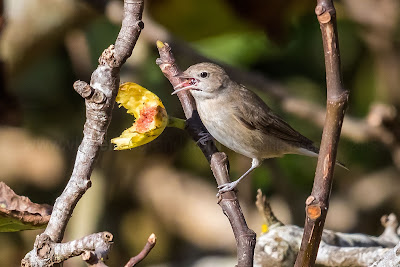 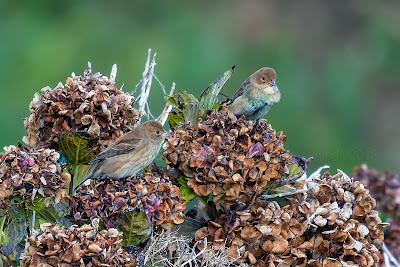 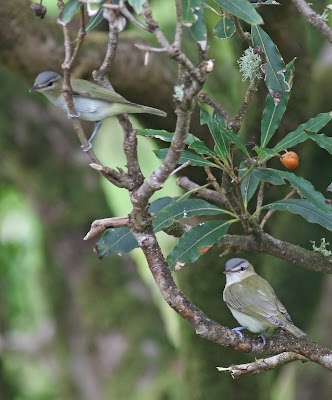 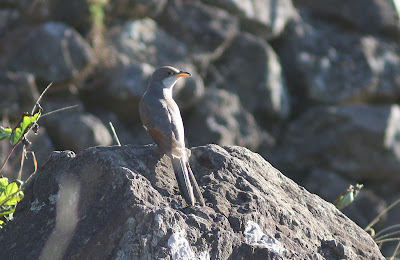 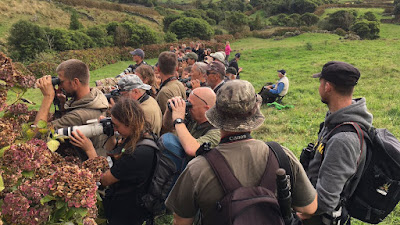 Corvo Birders 2018 (Peter Stronach) . Nearly 90 birders on the island this year. A record year.
Posted by Peter Alfrey at 15:38