Today proved a fairly quiet affair with just a series of lingering birds noted, namely the Yellowthroat still in the village, three Red-eyed Vireos, two Scarlet Tanagers and a Rose-breasted Grosbeak. The Pectoral Sandpiper doesn't appear to have settled yet and was seen over both Lighthouse and Cancelas.

The weather was calm enough early on, but the wind soon picked up and by evening, a westerly gale and heavy rain was battering the island. Conditions like this invariably produce birds here, but it's forecast to be an unsettled week with high winds throughout - the birding will no doubt be difficult.

As an aside, the arrival of 'Mr Corvo' Peter Alfrey marks his tenth autumn on the island following his now infamous exploits in the exceptional year of 2005. The wait goes on for a similar year with North Atlantic hurricane activity nowhere near that intensity in any of the autumns that have followed. However, the forecast for the coming ten days looks very exciting indeed and there is genuine hope among those present that we could be in for another memorable period with exceptional observations. Only time will tell! 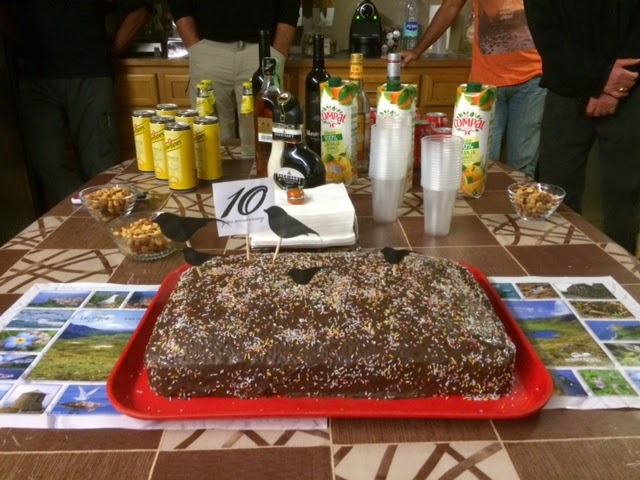