Arrivals from the west!

Corvo is a place that never ceases to amaze. So often rare birds are found here in the most surprising conditions - take for example the Caspian Plover which turned up during a westerly gale in October 2012, or the Paddyfield Warbler several years previous to that.

What we hadn't bargained for today was a healthy arrival of Nearctic birds on the island. Sure, Scarlet Tanager and Bobolink were found on Flores yesterday but the weather has been far from classic for American species and so no one really expected anything new - and certainly not a multiple arrival.

Seemingly against the odds, Corvo delivered in style as we were treated to five species new for the year. This all began when Josh Jones located a first-winter female Rose-breasted Grosbeak in junipers high above the Tennessee Valley. Within minutes an Indigo Bunting had also made a brief appearance there and then, an hour or so later, Josh scored the hat trick with a beautiful first-winter male Scarlet Tanager in the valley itself. 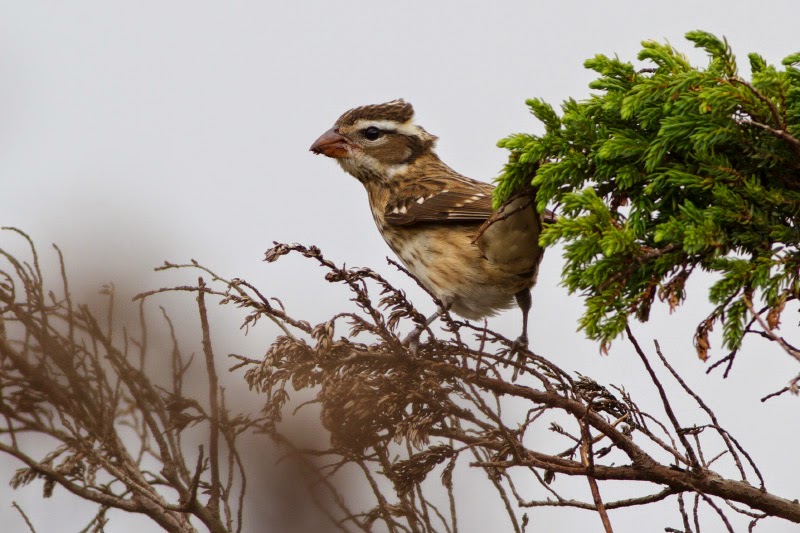 The tanager was well twitched throughout the afternoon and a tick for several people including Petri Kuhno (his 700th WP species) and Seppo Haavisto. Just to put the icing on the cake, Bosse Carlsson found the first Red-eyed Vireo of the autumn in tamarisks just south of the west end of the airfield and a Lesser Yellowlegs was seen flying around the village on several occasions.

Negative news today included the sad discovery of the Spoonbill dead on the beach at the west end of the airstrip. There was also no sign of the Snowy Owl in the Lighthouse Valley area despite an extensive search (4+ hours) by several observers.