A good word to describe today would be "tough". The weather was poor with a brisk westerly wind, low cloud, fog and occasional rain making conditions difficult for birding around the island. The main news concerns the continued presence of the female Snowy Owl still in the valley just south of the Lighthouse Valley, though she can be very mobile and was last seen north of the lighthouse. 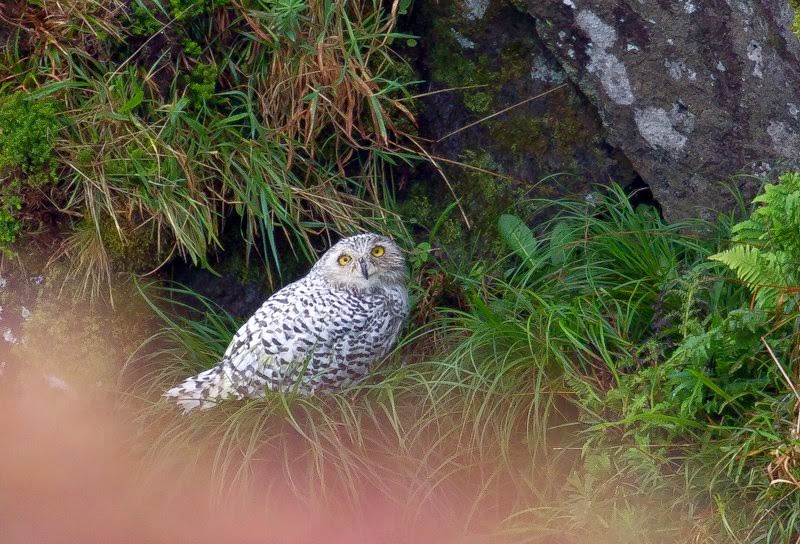 A Common Kestrel over the village late afternoon was not quite the exciting arrival we had in mind, but at least it was something new. One of the Collared Doves was also seen near Lapa.

Seawatching produced a few birds including Great Shearwaters, juvenile Pomarine Skua, a couple of Oceanodroma storm-petrels (either Leach's or one of the Band-rumped species) and a superb Sooty Shearwater that lingered just off the windmills for a several minutes in the evening.

The wait for a new American landbird goes on - and looking at the forecast, it is unlikely to be before next week.