After yesterday's excitement, it was no surprise that further discoveries were made today - particularly as the number of birders on the island increased with around ten new arrivals taking us in to the forties.

We didn't have to wait long for the first find of the day: a Red-eyed Vireo in the north section ('arm') of Poco de Agua within the first hour of light and this was soon followed by Gary Fennemore finding a first-winter female Rose-breasted Grosbeak in the lower part of Ribeira da Lapa - identifiable from images as a different bird to yesterday's, which was also still present. Another Red-eyed Vireo was found in the upper parts of Lapa and news was received that the Scarlet Tanager was also still in the Tennessee Valley. 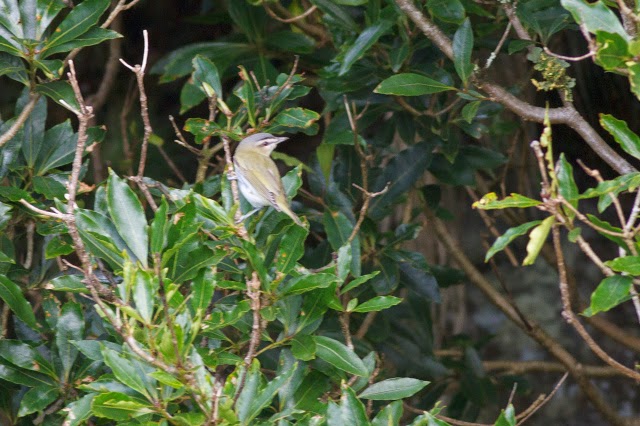 During the late afternoon Michael Fricke discovered a Bobolink in the Lower Fields; although mobile this bird showed well to most and will no doubt perform better in the coming days. An Indigo Bunting was also noted in the village.