Slow going on the Western Front

The twelve birders already on Corvo were joined by a further ten today, meaning we now have a respectable 22 observers on the island - this number is set to rise further on both Wednesday and Friday as birders continue to arrive from across Europe.

Unfortunately the rise in number did not equate to any new birds from the New World, with the best discovery a grey first-winter Little Stint at the old harbour in the village which initially suggested something more exciting to the discoverer Josh Jones. However, a confiding bird meant good views soon followed and any thoughts of Semipalmated or even Western were very quickly dispelled: 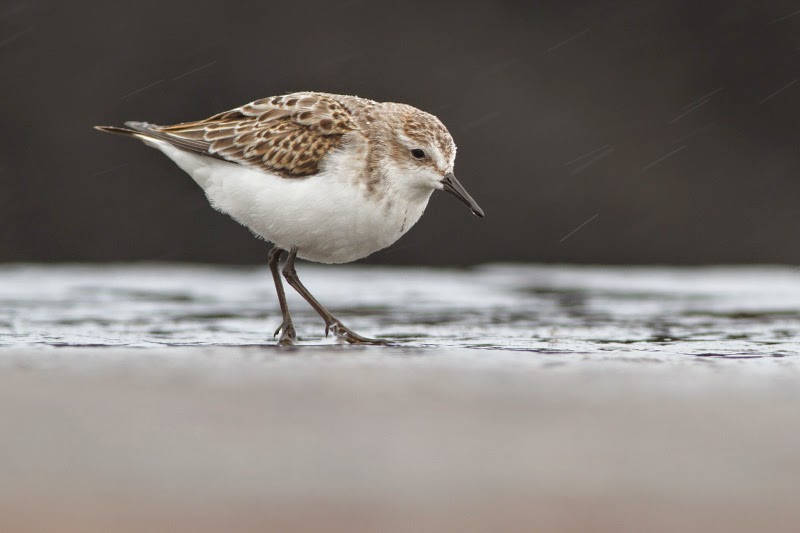 The cloud was particularly low today with visibility extremely poor from the Miradouro upwards - all of the valleys were foggy and the plane was only able to land at the second attempt. As such the Snowy Owl was not seen and very little else was noted. We have a westerly wind with us but synoptic charts suggest that this originates from nowhere near America, so we're not expecting a major arrival of birds any time soon.

Other main sightings today include the Spoonbill looking pretty unhappy with life on the shore at the west end of the airstrip, a first-winter White-rumped Sandpiper around the airfield and old harbour and a few Sanderlings.
Posted by Josh Jones at 15:01