It's been a steady week with a few new birds and a growing number of long staying American vagrants mid-week. The 13th October had a pretty incredible list of birds that had accumulated on the island (see daily log below). New arrivals include a Gray-cheeked Thrush which appeared in exactly the same spot as a Swainson's Thrush a couple of days before (causing some initial confusion) and Scarlet Tanager on the 14th was also a new arrival. A probable Red-footed Booby on the 14th was also reported. 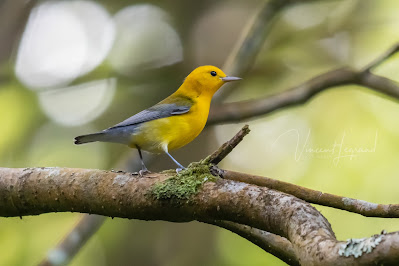 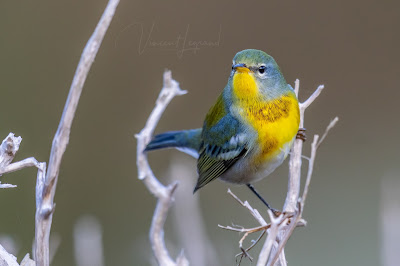 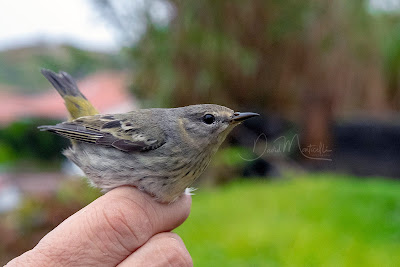 The first-winter female Cape May Warbler (David Monticelli above and Vincent Legrand, two photos below) was mist netted on the 16th as part of a long term Nearctic vagrant ringing study 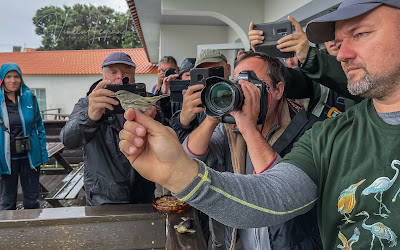 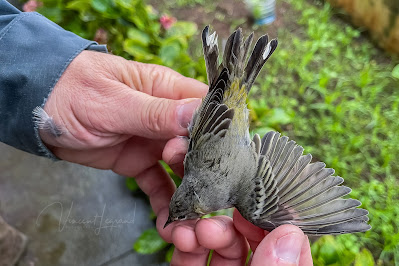 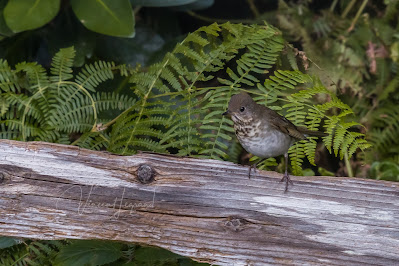 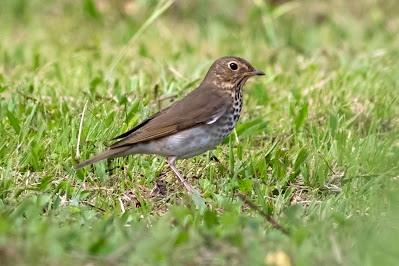