All Quiet on the Western Front

After an explosive start to the season a somewhat high pitched ringing silence followed with the highlight of the week being a Northern Waterthrush found by Paul Doniol-Valcrove.

Seven new birders arrived on the island on 1st October to join Pierre and Paul including an Italian team of four and three Azorean birders. Hurricane 'Sam' is active in the North Atlantic over the next few days and even though the system does not make landfall it is nonetheless a welcome addition to the dominant Azores high conditions over the last few days.  An eagerly anticipated week lies ahead. 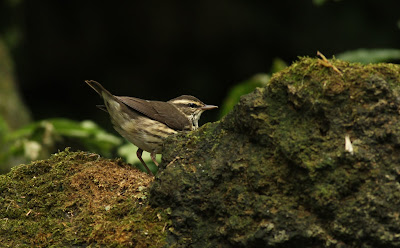 1st October: Nothing of note

29th September: Nothing of note