A nice selection of yanks and a treat from the east

Today (18th October) the only new arrival was from Europe, a juvenile Alpine Swift, only the second record for Corvo and 14th for the Azores. However there were still a nice selection of american birds on the island with the Hooded Warbler still in Do Vinte, the Yellow Warbler still in the same area as yesterday, the Hermit Thrush still showing well in Fojo, the female Northern Parula at the Lighthouse Valley, the Indigo Bunting at Poco d'Agua, 3 Red-eyed Vireos (2 in Da Ponte and 1 in Pico), the Northern Harrier still quartering the sides of the caldera and the two Semipalmated Plover still on the airfield.

The weather is not looking particularly good over the next few days for new american arrivals but anything is possible on Corvo. 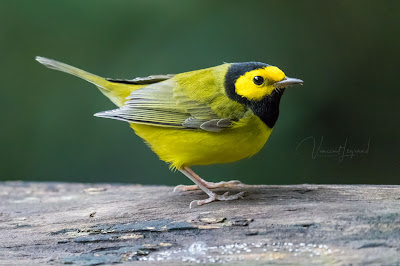 Male Hooded Warbler- this bird has been present for nearly two weeks, it was first found at the campsite in the village and then relocated to Do Vinte where photographs showed that details of the throat pattern confirmed it as the same bird. (Vincent Legrand) 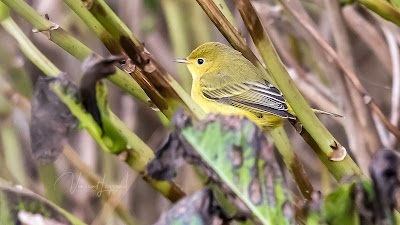 Yellow Warbler, a different bird to the male in the village tamarisks. This bird is duller, not as green and lacks orange streaks on the breast (Vincent Legrand) 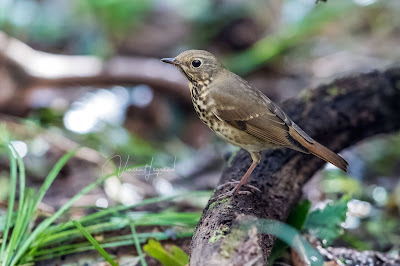 The Hermit Thrush again at Fojo. The pale tips to the median coverts is a feature that other catharus thrushes do not show. (Vincent Legrand) 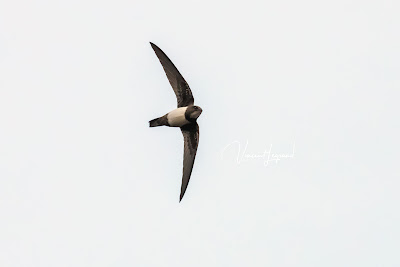 Alpine Swift- for many this was the bird of the day; An Azores tick! (Vincent Legrand)