Highlight since the last post was a Hermit Thrush found by Paul French. A Western Palearctic lifer for many birders and also for top WP birder Pierre-Andre Crochet and only the 4th record for the Azores. Other new birds included an Indigo Bunting on 16th October and possibly a new Yellow Warbler on 17th.

A Barnacle Goose on 16th was a Corvo/Azores tick for many birders, with only 13 previous records on the Azores. This species is a national rarity for Portugal.

25+ Short-finned Pilot Whales were off Lighthouse Valley on 17th. 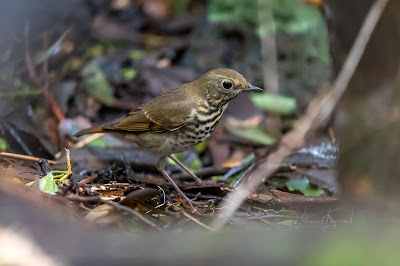 Hermit Thrush (above and below) (Vingent Legrand) 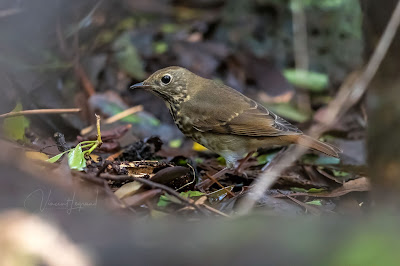 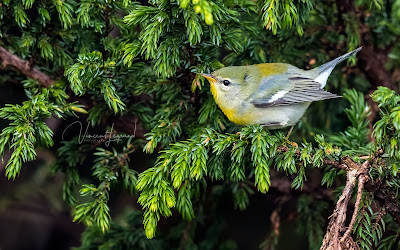 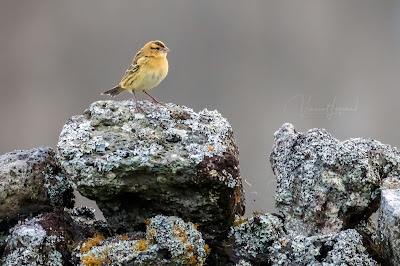 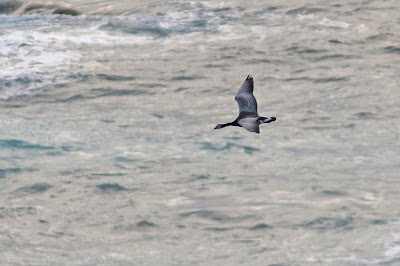 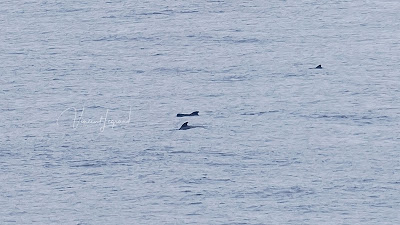