Very quiet on the Western front

It's been a quiet few days (20th-23rd October), the highlights being Blackpoll Warbler and Philadelphia Vireo on 20th which were only seen by the finders leaving only a few birding scraps for the 50 or so birders on the island.

A timely presentation by Pierre-Andre Crochet on Sunday evening provided some much needed entertainment, a slide show and talk titled 'Chasing 900 birds in the Western Palearctic', an excellent look at Pierre's twitching career over the last couple of decades. Pierre has now seen more birds in the WP than anyone else (Rankings here ) and is currently on 885 species out of the potential 1030 on the list. 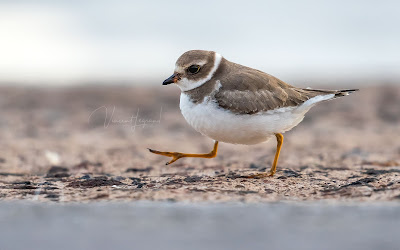 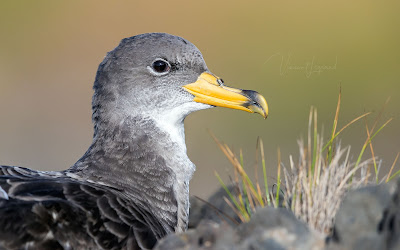 Cory's Shearwater (Vincent Legrand). Juvenile Cory's Shearwaters are currently vacating their burrows and gathering off shore (there are thousands of birds circling the island like a giant ring doughnut). Some of the juveniles get distracted by the village lights so there is a SPEA/Government led rescue programme called SOS Cargarro (Here) where the locals collect disoriented birds from the village and release them during the day to sea. 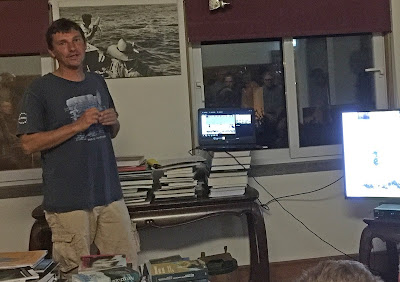 Pierre's talk, 'Chasing 900 species in the Western Palearctic' (above and below) 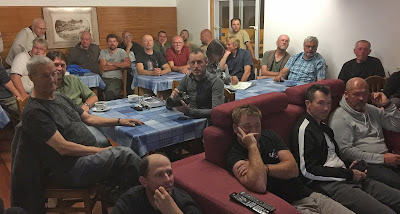