FLORES DOES IT AGAIN- CONNECTICUT WARBLER

Almost a year to the day, Thijs Valkenburg has found another first for the WP on the neighbouring island of Flores. Last year on 13th October Thijs and company found a Western Kingbird and yesterday (12th October) they caught a Connecticut Warbler while conducting a ringing project. Connecticut Warbler is a notoriously skulking species and like other members of the Oporornis genus are the most difficult american wood warblers to detect in the field. More ringing activity on Flores and Corvo could well reveal more elusive american species.

Once again the potential of Flores for attracting new species for the Western Palearctic has been highlighted and while currently most birders travel to Corvo, the neighbouring and larger island of Flores will undoubtedly hold a different potential to Corvo. The larger size of the island means that larger numbers of birders would be required to cover it adequately.

However the last week on Corvo has also been full on with new arrivals of Yellow, Hooded, Magnolia, Black-throated Green Warbler and Northern Parula in addition to White-eyed, Philadelphia and up to six Red-eyed Vireo with Buff-bellied Pipit, Northern Harrier, Bobolink and Rose-breasted Grosbeaks. Interestingly there have also been up to two Green Darners on the island, a vagrant dragonfly from North America.

So far weather has not permitted Corvo birders to twitch Flores for the Connecticut Warbler and apprehension is currently high, for if history does repeat itself, like the Western Kingbird last year, the skulking Connecticut may never be seen again ? 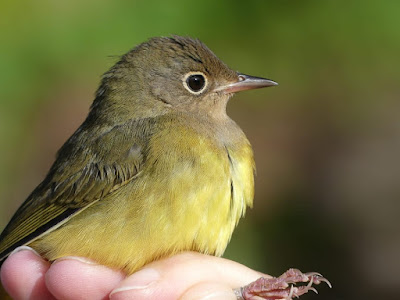 Connecticut Warbler (above and below)- a first for the Azores and the WP. Flores (Thijs Valkenburg) 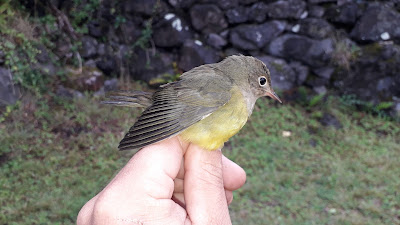 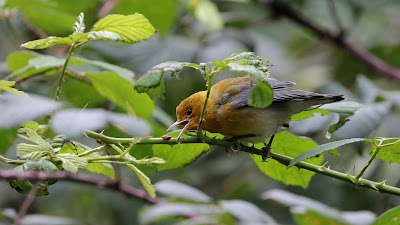 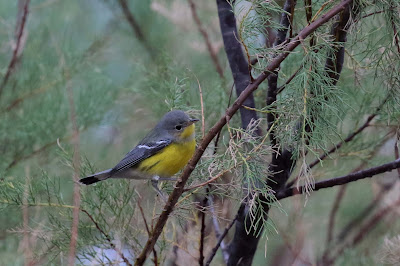 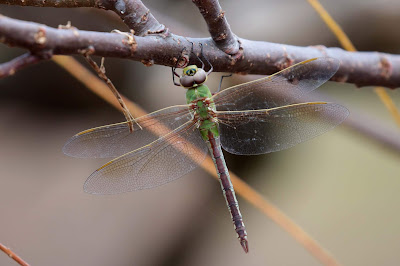 Female Green Darner (Paul French). According to Dijkstra (2010) fromer occurrence in the Western Palearctic comprised six individuals on the Isles of Scilly and Cornwall in 1998 and one in Nantes, France in September 2003.