It's still relatively quiet on the island but there was a new american bird yesterday in the form of a Common Yellowthroat in the village that was subsequently ringed. David Monticelli and co. are currently conducting a ringing study on Corvo aimed at monitoring the movements and duration of stay of vagrants across the island and also taking samples to determine geographical origin using isotope analysis. A Red-eyed Vireo was also ringed today at Poco d'Agua.

Otherwise still rather quiet on the western front, a few more ducks are appearing and there's been another (or the same) Long-eared Owl seen. Unfortunately the Spotted Sandpiper was looking exhausted today and was picked up this evening from the beach and has been taken to the vets. 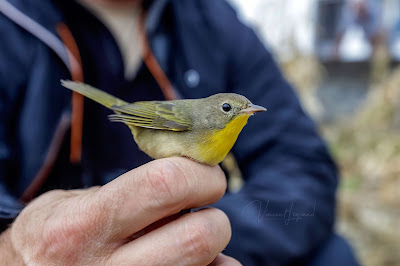 Common Yellowthroat (above and below) (Vincent Legrand) 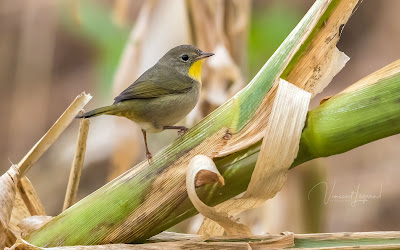 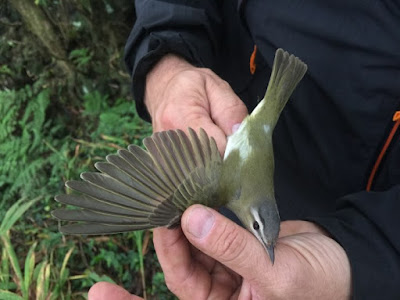 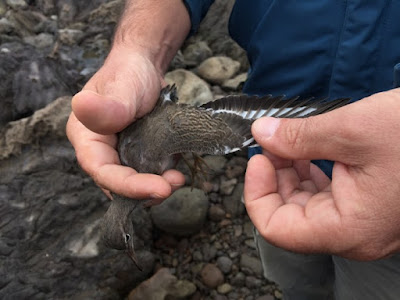 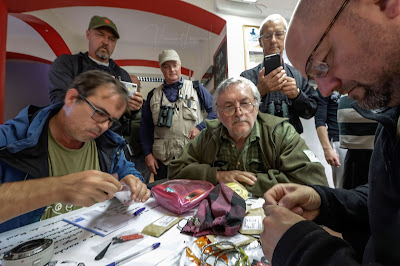