Another day with plenty on show across the island, with a lot of the star birds performing well. The American Redstart, Black-and-white Warbler, Northern Parula, Philadelphia & Red-eyed Vireos, and the Red-breasted Grosbeak all performed extremely well to various birders during the day with some great photos taken despite the unpredictable weather conditions! 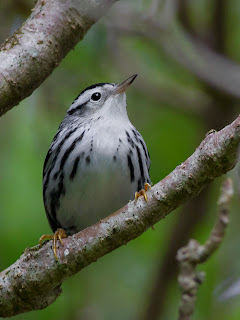 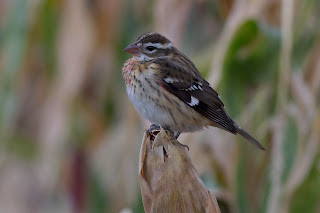 Another new bird today in the form of an Indigo Bunting in the same area as the grosbeak (below Fojo), found by newcomer Julien Mazenauer who had been on the island just a few hours..! Julien was one of three new birders, with one leaving (Pete) meaning we once again reach record levels in terms of numbers present.

The wind is still in the west, and the forecast looks promising for next week. Hopefully we'll have more to report next week. That Scissor-tailed Flycatcher in Newfoundland looks pretty tasty!